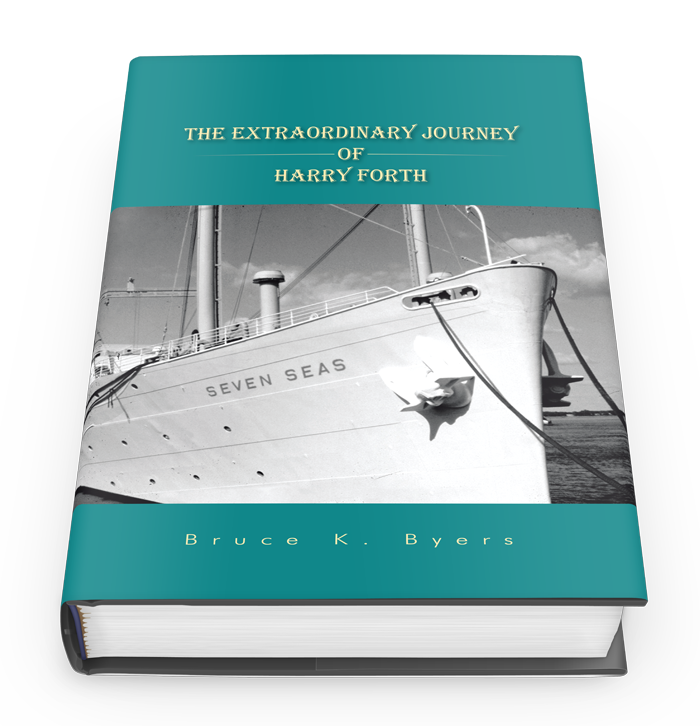 In January 1950 young Harry Forth, his brother, and his father experience a sudden blizzard on a mesa outside Albuquerque, New Mexico that leaves a deep impression that will affect him for decades to come—the fear of being left behind, the danger of the blinding snowstorm, and the providence of their surprising rescue. In 1960 Harry, now a junior in high school struggles to fit in. He is attracted to several girls but too shy to ask them out. Instead, he concentrates on responsibilities at home, in school, at his church, and at after-school jobs while he really longs for greater independence. He reaches a turning point when his French teacher persuades him to apply for a summer student exchange program that might enable him to travel to France. Still struggling to improve his academic performance, he applies and builds his hopes on acceptance. Eventually a host family in Germany rather than France welcomes him. Harry buys a transcontinental bus ticket to Montreal and sets out on a great adventure. He boards a ship with hundreds of other young Americans headed to host families in Europe. During his odyssey across the United States he talks with several interesting strangers. In discussions with them and with students onboard the ship he realizes he is on a much grander journey to see a more interesting world than he had ever imagined. Along the way he becomes more aware and sure of his feelings towards strangers and some of the young women he encounters in school and during his voyage to Europe. He anticipates that the summer will be a turning point in his life. This fictionalized autobiography tells the story of a young man setting out to meet challenges and opportunities that the world offers him in a way that will change him forever.